The Day of Syn

In 1964 the Parochial Church Council of St Peters and St Paul urgently needed funds to pay for the renewal of the church roof. In order to raise money the church decided to organise a pageant and fete for the local village. Russell Thorndike the creator of Dr Syn permitted the church to use the title ‘Day of Syn’ for the pageant and fete they were organising. The pageant and fete continued and in 1966 a committee was be formed. This was and still is made up of the P.C.C and local organisations.The Day of Syn committee works very hard organising the event and raising funds to put on the pageant for free. They do not receive any payment for their efforts all their hard work is done voluntarily. The Day of Syn is a bi-annual event based in Dymchurch near Hythe, Kent. The idea was that the pageant would bring people into the village and the fete would enable local charities to have stalls and sideshows allowing them to raise funds for their organisations. Over the years the Day of Syn has grown from being just one day, the August bank holiday Monday to a weekend event. The event brings in thousands of visitors from all over the country. 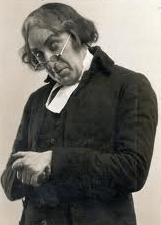 Russell Thorndike was born 6 February 1885 in Rochester, Kent. R.Thorndike was a British actor and novelist, best known for the Dr Syn of Romney Marsh novels and brother of renowned actress Dame Sybil Thorndike. Russell’s first appearance on stage was in Cambridge in 1904. In 1914 Russell joined the army as a trooper in the 1st Westminster Dragoons but due to being severely wounded at Gallipli in 1916 he was discharged and returned to acting. Touring the USA with his sister and a theatrical company, a murder took place outside their hotel. The body was left all night on the street below their window. Unable to sleep, they passed the time by telling stories. The character of Dr Syn is said to have been created that night. Due to his successful life as both a Shakespearean actor, a writer and playwright in 1922 Russell played the leading man in his own Dr Syn play which he adapted from his books. During his lifetime Russell created and published seven Dr Syn novels and sadly died on the 7 November 1972. 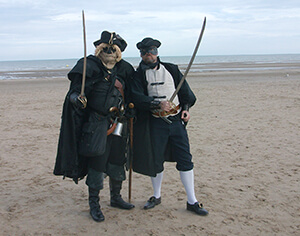 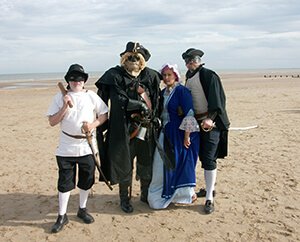 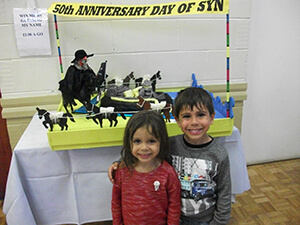 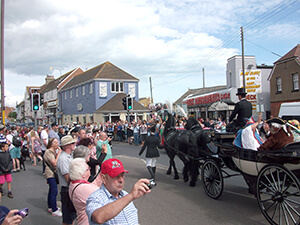 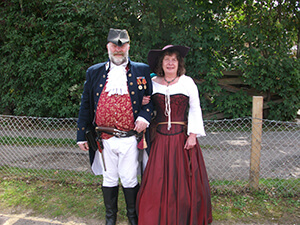 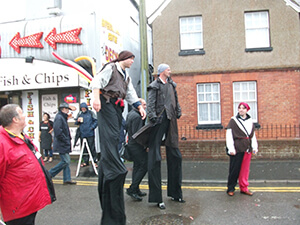 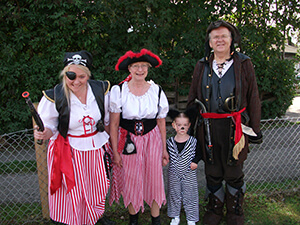 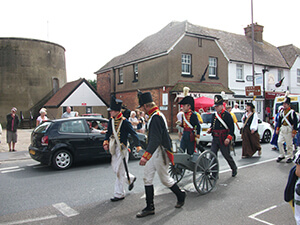 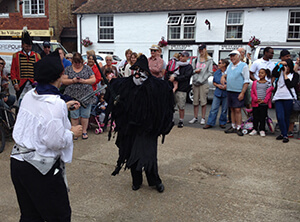